My progress in IT

Back to 5 remote sessions in 1 VM 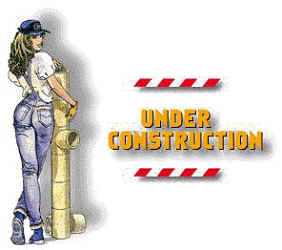 This manual is for Intel and for AMD it might be different.
However you can try it.

After you have set up a physical server with 2 clients and you´ve installed a VM on a W10 laptop or computer with multiple remote sessions, we'll now go a step further.

Installing W10 VM in Server 2016-2019 VM
This workshop does not require you to activate the software.
The only limitations are, that you cannot change the desktop and you cannot set the sleep mode.

Nested virtualization is a feature that allows you to run Hyper-V inside of a Hyper-V virtual machine (VM). This is helpful for running a Visual Studio phone emulator in a virtual machine, or testing configurations that ordinarily require several hosts.

An Intel or AMD processor with VT-x and EPT technology There are some differences with virtual networking for second-level virtual machines. See "Nested Virtual Machine Networking".

Azure and OneDrive for Bussines M$ promotes Azure coupled with onedrive for bussines
It amounts to rolling out and virtual desktop that connects to a separately created onedrive.
All those separate onedrives are merged into one environment where the administrator has access to each onedrive.

You then have to create separate business OneDrives for all staff members which are then also all accessible by the administrator.
Below is what we would actually want.

But to test it out we would rather not use Azure and OneDrive for Bussines because of the high cost.
In addition, you should not want M$ and the NSA to be able to dig into your data because of the Patriot Act.

The setup to be tested is to deploy virtual desktops and have the data synchronized via shared folders on the server.

We are first using server 2016
It should eventually become server 2019 but we found that adding clients often leads to problems because they don't get internet.
So installing server 2016 and then if everything works upgrading to 2019 is recommended.

Nested VM On the Host machine not in the VM
VM has to be off
Assuming that you named that VM Server2019
In Powershell as administrator:
Set-VMProcessor -VMName Server2019 -ExposeVirtualizationExtensions $true


On a real server
Manage ad role and features

On al laptop or normal computer
In the searchbox:
Turn windows features

On the same C a new folder Server2019

Go to the privieus instalation of Wndows 10 VM and create extra accounts etc.